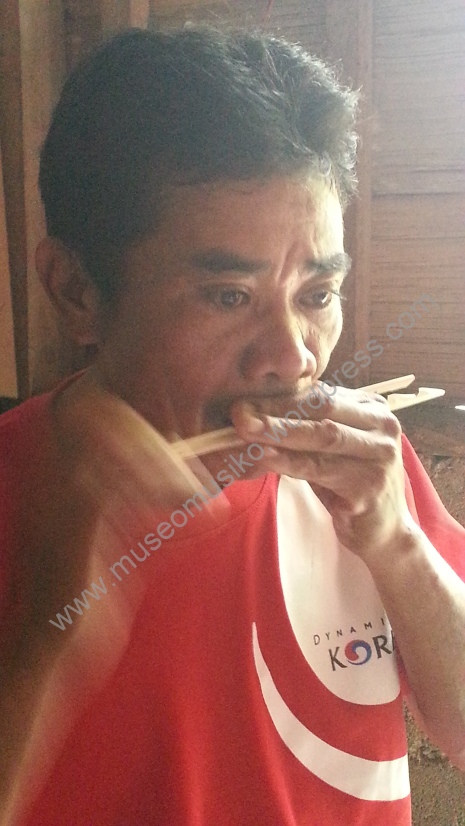 The jaw’s harp is one of the oldest and widely-distributed music instruments in the world.  It is made of a thin strip of either bamboo or metal with a tongue at its center.  To play, it is horizontally placed in front of the open mouth. The tongue is then made to vibrate by hitting the end with the thumb of the right hand or by pulling an attached string.  The mouth serves as a resonator and by changing the shape and size of the mouth, opening or stopping the glottis, the overtones can be changed, thus creating a melody. By strongly breathing in or out the volume can be changed as well.

The jaw’s harp is widespread in Asia. In the Philippines, it is found among the Cordillera people, the Negritos, and in both the animist highland people and the Muslims of Mindanao.  Instruments are made of bamboo.  The Kalinga metal jaw’s harp is now very rare.

As a solo instrument, it is usually played for recreation.  Among the Maranaw of Lake Lanao in Mindanao, the kubing is used during courtship as a means to communicate with each other without the elderly parents being able to understand what is being said.

*from Maceda, J. 1998.  Gongs and Bamboos.  Diliman:  University of the Philippines, Press.